He cooks out of his five! His nose is marked by his first accident in the kitchen. Its roots are in Crete, the Peloponnese and Corfu, places with intense memories that could not leave it unaffected.
He lets two universities to study cooking. Master of three Degrees: First, “Ecole hotelière Le Monde” (2001), followed by “Tourism Education and Training Organization” and continues postgraduate studies with a scholarship from Eurochef (2003), taking evidence from everywhere.
He balances his knowledge of wine, French cuisine, herbs, spices (“Le Monde” 2002), meat (“Athens Meat Professions School” 2003), raw materials and cooking techniques.
Works in restaurant and hotel kitchens. His activity starts at Arion Hotel Astir Palace Vouliagmenis (2002), La Veranda Restaurant Chandris Resort (2003) and continues at Athens Hilton Hotel (2004) where he takes his first prize as a chef.
The kitchens at the Piraeus Sailing Club (Varoulko 2003 – michelin star), Armonia Hotel Vouliagmenis, Porto Hydra Hotel and Ecali Club were the most important stops.
Takes pastry and expeditor chef at the Milos Athens Hilton Hotel, the official Hotel of the Olympic Games of Athens (Golden Scoop 2004), focusing on Greek traditional cuisine.
He continues to OAKA (2005-2008) as the executive chef of the Olympic Stadium.
He is involved in the organization of cooking and informative events for individuals and companies such as Welcome home, Tsitouras Collection, Swarovski, and Miele, Sanitas – Sarantis, Cook – shop and Kanelli, honoring him with permanent partnerships and sponsorships.
He is the chief chef and culinary consultant, the big events in our country Eurovision Song Contest-Greece (2006) and, shortly thereafter, the UEFA Champions League-Athens 2007 and Final Four-Athens (2007).
He is an external food consultant to the Quality taste group, who has taken over the above events, while he also works as chef conseileur with yachting companies (Seascape Yaght Charters, Alpha yachting) and private individuals.
He has cooked for Shakira (Athens 2006), coordinated the chefs of George Michael (Athens 2007) and is the chef of the Metaxas family until today, while in 2013-2014 he cooks and promotes culinary proposals to businessmen and politicians of Qatar (Isigonis Group) .
Traveling in Europe opens up new horizons, giving him the opportunity to combine the art of “food styling” and “art de la table” as Food Designer.
He participates in the Chef Academy (Uniliver 2008) on “The Five Sensations in Gastronomy” with Kees Van Erp, Executive Chef Unilever Europe, at the 1 st National Gastronomic Conference “Kalimera Breakfast” and the 1st GReat Kouzina Conference “(Fever 2014).
Within the framework of a wider gastronomic social consciousness, he is a speaker at the 2nd Pedagogy Conference (“Pedagogy by Epode” 2011) and promotes his ideas with frequent appearances in the printed and electronic press, television and radio stations.
As an active chef and member of the Greek Chef’s Club it is best expressed through creative Mediterranean cuisine.
In collaboration with Kalitechnoupoli-Template Children’s Center of Art & Creation, she edited and created the first program for children’s cooking and confectionery (2006). And a little later, in 2008, he founded the first cooking school for children in Greece, the Kids Cooking Club, a certified partner of the Child Nutrition Prevention Program, under the aegis of the Hellenic Ministry of Health, Nutrition & Sport, academic partner of Greece Chef’s Club an innovative entrepreneurial idea through an approved program by the European Community at one of the top ranking positions, with the aim of creating viable outlets in our culinary education. 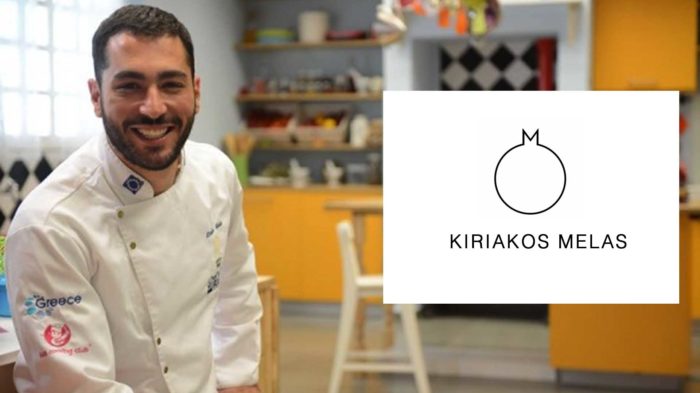